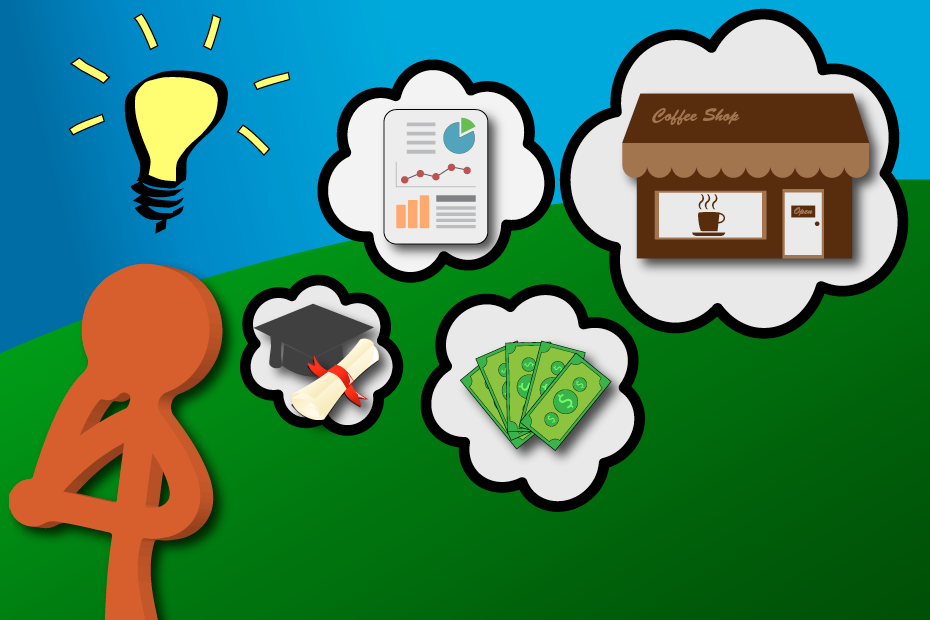 The “big idea”, once fully realized will become what is sometimes called the “flagship” product of a company. With Microsoft, it was the Windows Operating System. For McDonald’s, it is quick-serve burgers and fries. And let us not forget the world’s first trillion-dollar company, Apple. Their original flagship product was the Mac. Later on, it became the iPod, then the iPhone.

Contrary to popular belief, there is no special recipe or secret to building a successful business. Even if you did follow the same blueprint that the big companies followed, those techniques may not work today. There are so many factors involved like opportunity, timing, economy, location, and a touch of sheer chance.

To be successful there are some things that every company must do. The basic outline is the same across all businesses but the timing, intensity, and in some cases the order will vary. What I will go over in this lesson are the building blocks that you would usually have to pay dearly to learn from experts and seminars.

This is not a step-by-step diagram of how to build a business but it will arm you with some powerful core concepts. Don’t get me wrong, I’m not knocking business training or coaching, in fact, I encourage it. I just want to equip you with a bird’s-eye view of what you are getting yourself into.

What exactly does it mean to be “ready”

I’m ready to start building my business. What does that mean exactly? Most will say to first get educated through a seminar, training program, or college degree. Then, draft a 50-page business plan with charts and graphs with 10-year growth projections. Next, you get approved for a business loan for exactly what you need to get started. Finally, you assemble your executive team, hire employees, and find the perfect location. Three months later you’re cutting the ribbon at the grand opening!

Sounds great, doesn’t it! Sure, and it also sounds like a fantasy and almost never goes that smoothly. Granted, you can indeed get a business going in just that way. However, people’s circumstances and opportunities make this process extra difficult for some. You may not be able to go to college at the moment, get approved for a loan, or not get approved for enough.

It is very frustrating and discouraging when things go wrong. Of course, this is not to say that you should give up or not even try at all. What I am suggesting is to take a different approach. You don’t have to have all of your ducks in a row to start a profitable business. In fact, you can begin before you even have ducks!

Do your research, plan it out, set some goals.

Before you begin working on your big idea, please, do your research first! You don’t have to go into extreme details with it. Just get a general idea of what it will take to start, run, and build your business. However, don’t look at it as a way to scare yourself out of doing it.

It really doesn’t matter how far out there the big idea is. Or how much money it’s going to take to reach your goals. The point of doing research is to figure out what it will take and break it down into more manageable, short-term achievable goals.

The research stage is also a good time to begin managing your expectations. You should set goals that are achievable in a reasonable amount of time. Adjustments will need to be made along the way, it’s just a part of the process.

Make sure your idea will work before spending too much time on it.

So you’ve done your research and you figured out what it’s going to take to build your business, now what? The next logical step would be to take the mini-goals you created and begin working on “proofs of concepts”.

A proof of concept is simply a task or project that “proves” something can work. But why do this? The main reason is you don’t want to spend too much time working on your big idea just to find out that it just won’t work.

For example, let’s say your “big idea” is to build a signature chain of restaurants all over the world. This goal is ambitious but achievable. You simply take that huge idea and chop it down to little tiny proofs of concepts. First, you could “prove” you have good recipes and can cook them well and consistently.

One way you can do this is to cook up a couple of dishes and have people you don’t know to taste and judge them. If you don’t get enough good marks on your first try, tweak your process until you do. Once you get that recipe just right you have completed your first “proof of concept”.

That first concept was informative, affordable, and achievable within a very short time. Next, you could step up to the next P.O.C. by doing a bit of catering for small events or business lunches. This will be proof that you can make money performing a service associated with your big idea. What’s nice about this one is you can actually make a little money while doing it.

It’s very important that some of your proofs of concepts involve making money. After all, that’s one of the main goals of business anyway. If people don’t want to pay for it you will never be successful. You also have to think about the cost to do business and the price of your product or service. But don’t get too worried about the profit margin just yet. You’ll be able to have more buying power as you grow your business and be able to get more things in bulk reducing the cost of materials per unit.

Do you see where I’m going here? One-piece at a time, stepping it up with each P.O.C. Without going over all the steps you can imagine the next couple of proofs of concepts. Next, you could get a small food cart and cook at bigger events or inside a mall. Then move on to maybe a food truck for a while. After that get a small location and begin crafting the “signature” sit-in experience.

Taking it up a notch your next move would probably be to open more locations. Of course, I’m purposely glazing over a slew of details between each step. Some of these details can be gained through training, business books or maybe some college courses.

Don’t try to do everything yourself: Assemble a Team.

One of the biggest mistakes people make with their “big idea” is to not tell anyone about it. This leads to phase two of that big mistake, trying to do most if not all of it by themselves. People typically do this because they are worried that someone will “steal” their idea and get it to market faster than them.

While this is possible, it’s highly unlikely. First of all, you’re not going to broadcast it to the world. Secondly, the people you tell are likely going to be friends, family members, and some potential business associates.

Another reason is that even if people think it’s a great idea and “want to” develop it for themselves, they probably won’t. Why is this? Because it takes work. That’s why most of the time they are not going to go through all the trouble to do it.

Don’t Treat Your “Big Idea” Like a Heavily Guarded Secret

For example, how many times did you or someone you know come up with a great idea but never pursued it? Fast forward years later you find out that some company has created just the thing that was thought of years ago. And even if someone gets a similar product to market before you don’t let that stop you from pursuing it.

In business, you either need to be first or be better. Google was by a long shot, not the first internet search engine. Part of their mission was to create the “best” search engine, and they succeeded.

With that said, as your business grows, you should start to assemble together people who can help you improve your product and meet your goals. These people don’t have to necessarily be an employee or a co-founder. They could be a friend who is knowledgeable about certain things that your business needs. Or maybe a trusted business coach, lawyer, or accountant that you pay at different milestones for help.

But why do this? Because you don’t know everything and need to focus more on the “vision” of your company. It’s so easy to get lost in the details and lose sight of what you were trying to do. Plus,  it’s always good to have someone in your corner with you along the way for the ups and downs of business. One example, Steve Jobs was the “visionary” and Steve Wozniak possessed the technical ability to bring his vision to reality.

There’s one more obstacle that could be standing in the way of your success, you. I know that sounds like a cliché but it can prove to be so true. We second guess ourselves or simply think “that we’re not ready yet!”. While there is no formula to follow that will guarantee success in business there are some underlying concepts that will always exist.

Those concepts are a topic for another discussion. However, tapping into these is the key and every person or company will ultimately take a different path to get to a similar place. Watch out for fear of failure and fear of success too. Fear of failure keeps you from wanting to try because if you don’t try you can’t fail. Fear of success is a little tricky.

Who is afraid to succeed, right? Actually, it is the fear that you will have so much success that you will fail to keep up with the demand. Sounds silly but it’s a real thing. Do a self-examination to make sure that’s not the case with you. If so, work on it.

With all these things in mind please don’t hesitate to start pursuing your “big idea” now, I mean right now, start doing research on it. Only the sky is the limit. Or is it?

Learn More About Finding and Testing Your Business Idea

John Robinson is the owner and founder of Riivue. He currently spends his days working as a web services developer at a technology company in Tupelo, MS. John at one time played a key role in directing and growing an Engineering firm and was part owner of a Drafting and Design company. 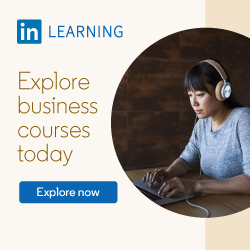